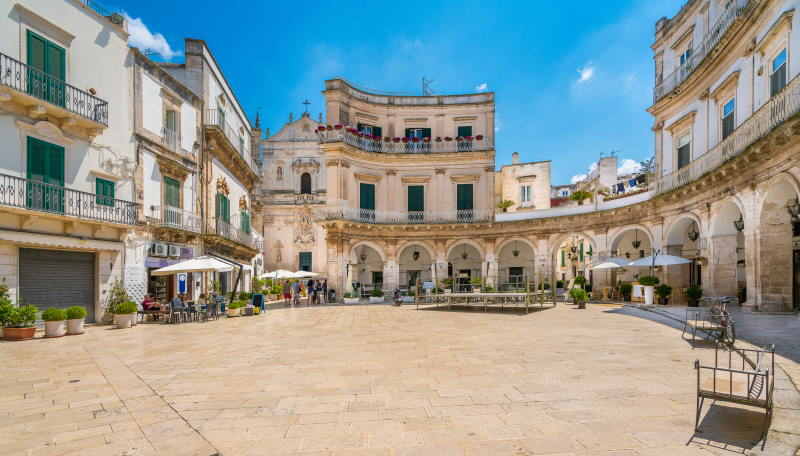 Wherever you walk in the old town of Martina Franca, you’ll see pretty streets and beautiful buildings. If you enjoy photography, you’ll find that Martina Franca is a picture-perfect destination.

One of the most photogenic places in Puglia, Martina Franca may look like many other Puglia destinations with its whitewashed stone buildings, but in amongst these you’ll find other buildings with flashes of colour; the combination is incredibly picturesque.

Sitting within the lush Itria Valley, Martina Franca has a long and rich history: founded in the 10th century by Taranto refugees who were fleeing an Arab invasion, the town became incredibly prosperous throughout the centuries, something which is still apparent when you walk around Martina Franca today.

Martina Franca – What to See 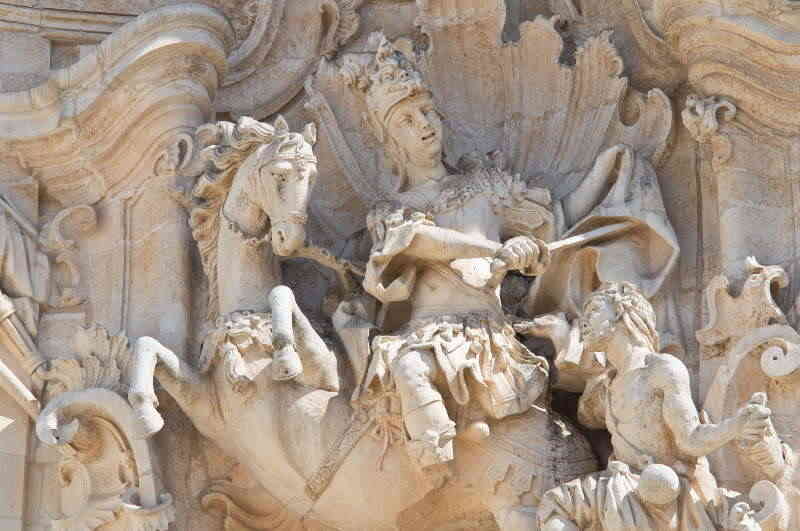 The town’s principal religious building, the Basilica di San Martino dates back to the 18th century, although it wasn’t given basilica status until 1998. An exquisite example of Rococo architecture, you’ll be impressed by its striking facade known for its intricate stone carvings, including one of Saint Martino himself, and the imposing bell tower with its Romanesque motifs. Inside you’ll find beautiful multicoloured marble inlays, beautiful murals, and lots of statues. 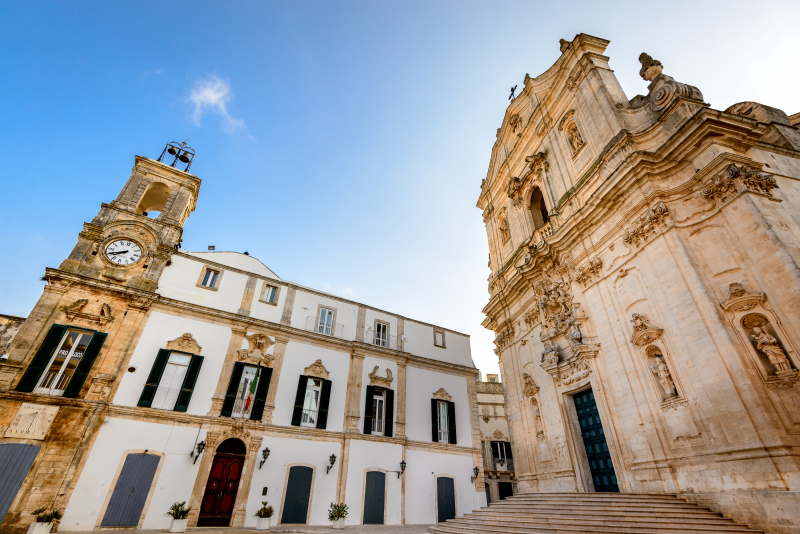 The name given to the old part of the town, the Lama is the perfect place in Martina Franca to explore if you love old architecture. As you wander around this section of the town, you see many of the pointed-roof buildings which are traditional to the area, as well as a number of 18th century palaces.

If you look closely, you’ll see plenty of beautiful archways, balconies and Baroque windows, some better cared for than others, but that is all part of its charm. Rather than feeling touristy, the Lama has a lived-in feel to it, so don’t be surprised if you see foodstuffs and washing being put out to dry in the myriad of streets and alleyways here.

Once the home of the Caracciolo family, the Palazzo Ducale nowadays serves as the office of the civic government and town hall. The palace was designed by the great Baroque architect Bernini and its impressive facade is reminiscent of the town’s glory days during this period.

As well as admiring the wonderful exterior, it’s possible to take a tour of the inside of the Palazzo Ducale to see the beautiful frescoed walls and outstanding exhibits of modern art. There’s also a small museum dedicated to the Bosco delle Pianelle National Park as well as a library and tourist information centre.

Martina Franca – What to Do - Visit the Local Markets 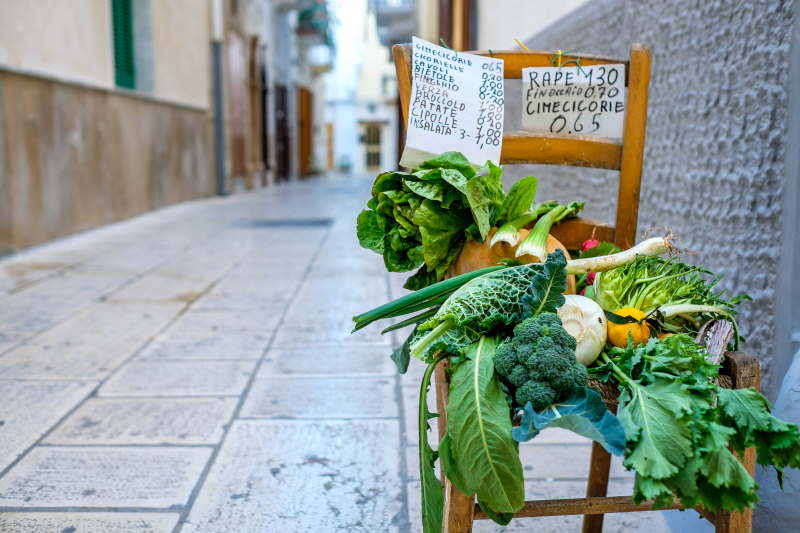 It could be said that the towns and cities in Puglia are at their best on market day, and Martina Franca’s is definitely one you should put on your list to visit. The local food market here is said to be one of the biggest in Puglia and you’ll be amazed by the amount of produce on offer, from fresh fruit and vegetables to locally-made cheeses.

But it’s not just food items you can buy here. You can also browse stalls selling clothing, kitchen appliances and colourful flowers. The market takes place every Wednesday from early morning to early afternoon and is a wonderful insight into local life here.

If you’re interested in antiques, a visit to the Martina Franca antiques market is a must if you can manage to time your visit accordingly. Taking place on the third Sunday of every month in Piazza Vittorio Veneto, here you’ll find all kinds of items for sale. It’s considered to be the best of all the antique markets in the region, so even if you’re not planning on buying anything, it’s still worth a look.

If you’re a fan of opera and are travelling to Martina Franca during the summer, you’ll be able to catch a performance or two at the Festival della Valle d’Itria. This summer opera festival hosts numerous performances of opera and classical music from late July and all through August in some of the town’s most beautiful spots, including the Basilica di San Martino and the Palazzo Ducale. The festival is popular with both locals and tourists to the region, making Martina Franca even more vibrant and lively.

As you may already know, cheese plays an integral role in Italian cuisine, so what better way to spend part of your tour of Martina Franca than to head out into the countryside and visit one of the many cheese farms which dot the landscape? Known as masseria in Italian, these cheese farms have been producing some of the country’s best dairy products for centuries, including burrata, mozzarella, and ricotta, and it’s possible to take a tour of these farms to see them at work. You’ll get to learn about both the ancient and modern practices of the farms, see the laboratory where the cheese is made, and then – best of all – get to sample some of this amazing produce. It’s a fantastic trip to add onto your visit to Martina Franca; ask your Puglialy guide for more details.