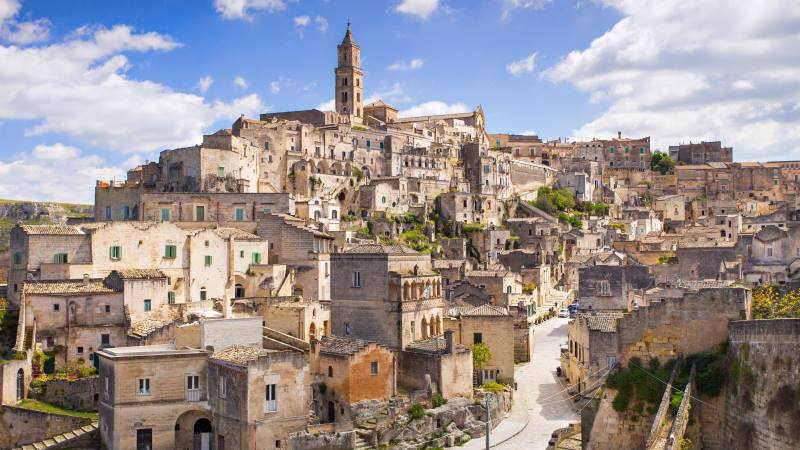 As European Capital of Culture for 2019, this could be reason enough to visit the wonderful city of Matera. But it certainly is not the only reason. One of the oldest cities in the world whose roots date as far back as the Palaeolithic era, Matera is best known for having a completely unique landscape; made up of ‘sassi’, grottos and cave dwellings carved out of the local limestone along a ravine, the city’s unusual scenery has been the setting of many Hollywood films, such as The Passion of the Christ and Ben-Hur.

A visit to Matera is definitely something you cannot miss when on a trip to southern Italy. A UNESCO World Heritage Site since 1993, Matera has a wealth of artistic, historic and natural heritage which you can explore with your Matera tour guide.

Located in the Basilicata region, very close to Puglia and just a short one-hour drive from Bari, your private English-speaking tour guide will show you the ancient town of the sassi and explore these amazing structures which have served – and in some cases, still serve – as homes, churches and reservoirs.

You will also get to discover several rupestrian churches and monasteries full of fascinating frescoes painted by Byzantine monks, now considered to be some of Matera’s greatest treasures. Your walking tour of Matera will lead you on a journey through thousands of years of history, starting in the prehistoric era through to the tough, bitter years of struggle in the mid-20th century.

VISIT MATERA WITH A PRIVATE TOUR GUIDE: WHAT TO SEE

Located in the Murgia Timone Natural Park, this belvedere – a viewing point – offers one of the most stunning views over the city of Matera and its sassi. You will need to hike to get there but you will be rewarded with beautiful landscapes, breathtaking views and the chance to shoot some unforgettable photos. A Matera must-do, especially if you are into photography. 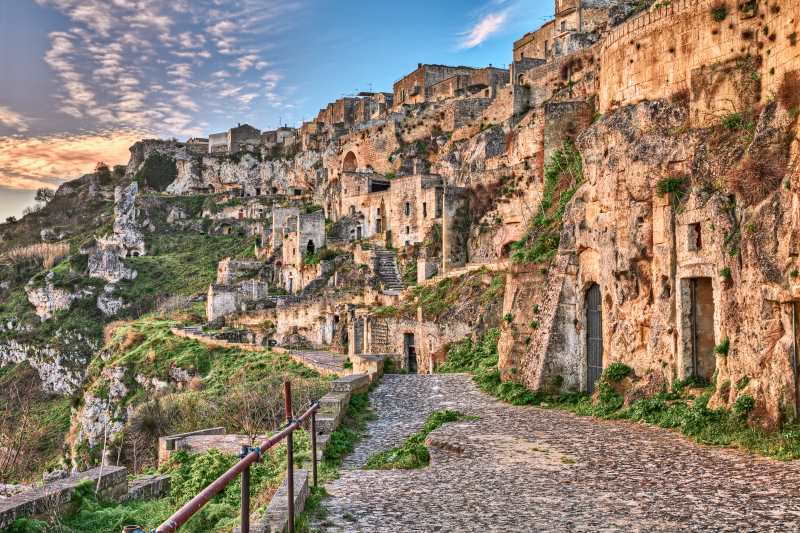 The sassi – which translates from Italian to ‘stones’ in English – are the ultimate highlight of any trip to Matera. The Sasso Barisano and Sasso Caveoso are the two main quarters of the old historic centre of the city and are a wonderful maze of beautiful, quaint alleyways, cute houses and palazzi where the local inhabitants of Matera used to live until the 1950s.

Back in the mid-20th century, living in the sassi was seen as a sign of extreme poverty and misery until former Prime Minister Alcide De Gasperi brought in new laws and forced the inhabitants out of their caves. After several years of abandonment, the sassi districts were restored and brought back to life. Although the sassi of Matera attract visitors from all over the world nowadays, the city is still relatively undiscovered in terms of mass tourism, so the sassi remain a hidden gem. 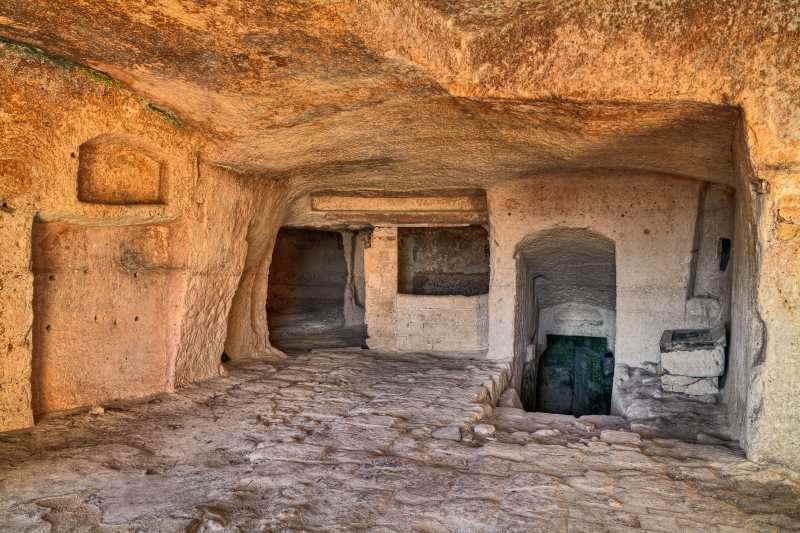 A casa grotta is a traditional cave house which local people would have inhabited up until the 1950s. Life during most of the 20th century was difficult for the people of Matera and this hardship is evident in the architecture of the casa grotta. On your private walking tour, you will get the chance to learn what life was like in the past, and about the sacrifices and misery the inhabitants had to go through to survive in such difficult conditions. 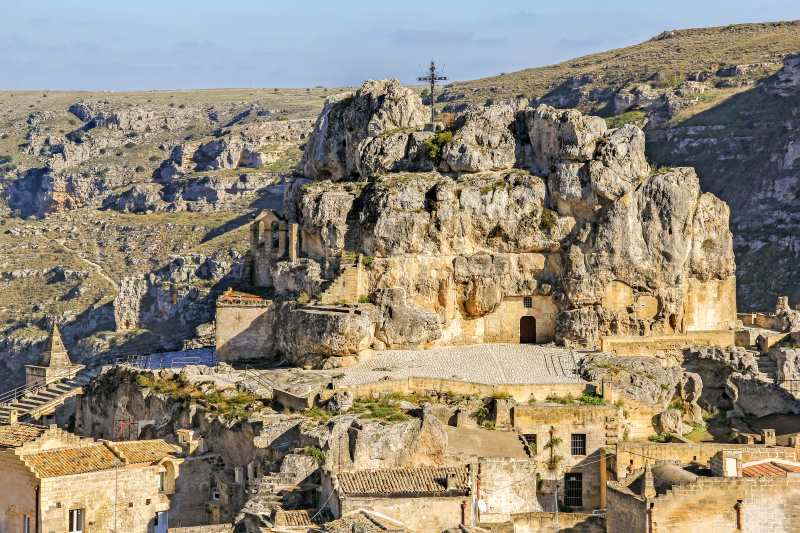 During the time of government-led iconoclasm under the rule of Emperor Leo III, many Byzantine monks left what are now modern-day Turkey and Cappadocia and settled in the Puglia region. Here they found the sassi area of Matera and subsequently turned many of the pre-existing caves into churches.

As part of the transformation from cave dwelling to religious building, the monks decorated the interior of the sassi with beautiful frescoes. Despite the passage of time and the abandonment of the sassi churches, you can still see some of these wonderful frescoes which are over 1,000 years old. Among all the rupestrian churches in Matera, the Santa Lucia alle Malve and Madonna dell’Idris are definitely worth a visit.

One of the oldest museums in Basilicata, this museum is a must for all history lovers. Housing a number of temporary exhibitions in addition to the permanent ones, here you will find a number of objects discovered on archaeological digs in Matera and the surrounding area.

There are five exhibition halls in the museum: the Prehistoric hall; the Bradano Valley hall; the Basento Valley hall; the Matera and surroundings hall; and the Ridola room. As well as learning about the history of the area, you will also learn some interesting facts about the indigenous cultures and populations throughout history. 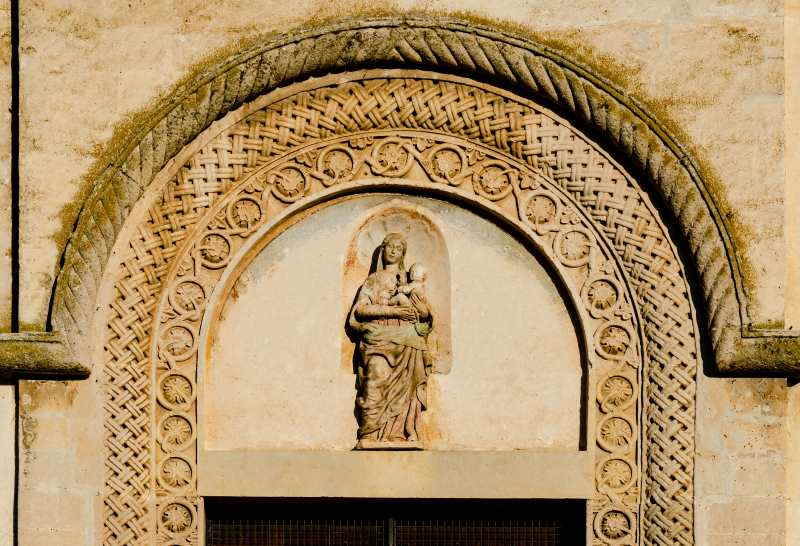 Built in the 13th century, Matera Cathedral sits atop the highest point of the city and divides the two sassi areas. Built in the glorious Puglian Romanesque style, the cathedral is dominated by a splendid rose window divided by 16 small columns. However, this is not the only thing to see in the cathedral.

Inside you will find magnificent 17th- and 18th-century frescoes, a Byzantine painting of the Madonna and Blessed Child dating back to the 13th century, relics of St John of Matera, a fresco depicting the Last Judgement dating back to the 14th century, and a chapel with a 16th-century gemstone Nativity. On a visit to the cathedral you will discover these treasures as your private guide tells you stories about these wonderful objects.

You can easily combine a trip to Matera with Altamura, the city of Emperor Frederick II of Swabia, or the archaeological site of Metaponto (Tavole Palatine).

You should definitely try the typical local bread ‘pane materano’, the local primitivo wine and the tasty focaccia!